“There is no racism [on the field], but maybe there is a word or gesture that is not correct,”

I dunno, I’ve been reading and watching people go through Sepp Blatter because of his ‘racist’ remarks.

First of all id like to state I’m in no way a massive Sepp Blatter fan! However I do kind of like him, not as FIFA president, as an old man. He’s hardly the most hateful man in the world, possibly in the wrong position, career wise but he’s probably right in what he says. Is there racism in football? Possibly a little bit, but no more than any other work place, this doesn’t mean I agree with it. Racism shouldn’t be part of are lives, neither should rape or theft or bullying but it does because there is always going to be ‘evil’, some people more than others. Anyway, I’m going of point…Sepp Blatter, doesn’t deserve the headlines, if we all could shake hands after heat of the moment anger then the world would be a better place. I understand his comments, I think we are jumping on ‘rio Luther kings’ back, it’s funny how the media can influence such hatred of certain people but I thought I’d stick my point in, go for the underdog and look at the whole story.

Anyway, so long Sepp, I’m sure you won’t be around much longer! 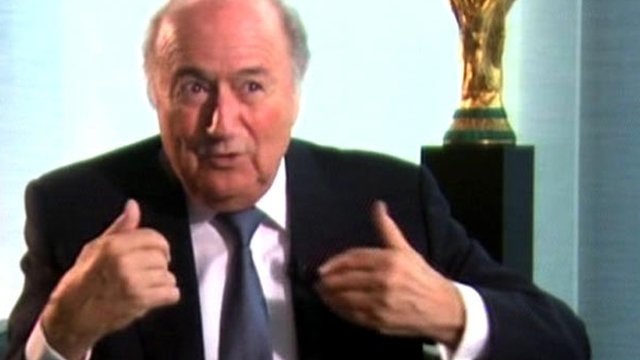