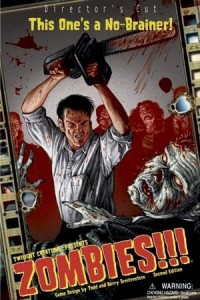 28 days later, some show. Cillian Murphy is a genius actor, love his stuff and don’t even get me started on Danny Boyle. Anyway, Zombies….I started to think what if I actually woke up and BOOM everyone one was gone, I was standing there like big Will Smith in I Am Legend, ripped, looking good….I am thinking what the heck am I going to do! Now let’s say, I already know there’s zombies out there and they don’t like daylight (caus it’s way easier for me to survive then), what do I do? 1, I get a cool car, probably a mustang or a lambo. 2, I get as many guns as possible. 3, I find a desert island and build my very on Tracey island, because everyone know’s zombies cant swim or destroy beaches, it’s always big cities. So say I’m not Will Smith, I was thinking what happens if I decide, hey being a zombie seems like the norm, ill try that…first thing I wana know before making the commitment….Can they understand each other? It seems like there’s a lot of noise and not much organisation. I dunno I just would like a few guarantees before the big bite. Then I wondered, what if everyone is a zombie…what happens then? Every one is “normal” again, so do we have to teach each other different things until ultimately another virus comes along! I would like to know if there is going to be a swimming teacher zombie, so we can get to the desert islands? Yeah I’m not sure that will happen, just don’t want to write it off, also like I don’t want to write of a real life Jurassic Park! to finish on a Chinese proverb, “zombies make all movies better.” G